When it comes to upgrading your electric guitar, what’s more important… Pickups? Or wiring?

An online customer (let’s call him Bob) asked us that very question just the other day. Bob only had a certain amount of money to spend on their guitar and wanted the most bang for their buck.

Over the years, we have upgraded a LOT of guitars (thousands) and here’s our take on it:

QUALITY PICKUPS ARE VERY IMPORTANT. The ohm value of the pickups (in addition to the types of magnets used) determine what tones the pups are able to reproduce and, if you’re looking for a bluesy tone, stock Strat pickups probably aren’t going to work for you. I told Bob that they just don’t produce a gutsy enough tone for most blues music and, even if you overdrive them, they still won’t sound as good as pickups that are specifically made for the blues.

QUALITY WIRING IS VERY IMPORTANT. How you wire those pickups together has a huge impact on the tone and the reproduced sound of your guitar. Everything in your wiring affects the tone of your final signal to your amp… the value of the pots, the value of the caps, how the signal is routed through the wiring, the way that your guitar is switched. It ALL matters. If I drove my minivan into the mechanic’s shop and told him that I wanted an 800HP motor installed because I wanted to race it in the Indy 500 next year, he’d laugh me out of his shop. He knows that there are a LOT of things that go into making a car Indy 500-worthy… not just an 800HP engine. There are the aerodynamics of the vehicle, the way that the vehicle is wired, the fuel, the weight, the tires, and on and on and on.

And so it goes with guitars.

I told Bob that a Squier Tele with a new wiring harness would be a step in the right direction but, a wiring harness by itself probably won’t get you where you want to be. It will change the tone somewhat for you but won’t make horrible pickups sound great. It just won’t.

That same Squier Tele with a couple of new Hoagland Custom “Texas Special” handcrafted pickups (and the old wiring) will sound much better but you’re still powering your guitar through some pretty shabby, imported pots, a korean-made box style switch, and a junk ceramic capacitor.

Either way, you’re going to be disappointed.

So… what’s a player with a limited amount to spend to do?

I advised Bob that he should make sure that the basic wiring in his guitar was good before he swapped out his pickups. I suggested that he spend less money to start with (a wiring harness is less costly than a set of new pickups) and see where he is, tone-wise, before he parts with a couple of hundred dollars on pups. Sometimes, you’ll be surprised how much of a difference just doing that will make. A higher quality set of volume and tone controls. A much better quality of capacitor. A dependable switch and jack.

An electric guitar is not that complex but all of the parts need to work well together to produce the sound/tones that you are looking for.

One Response to “The BIG Question! What’s more important – pickups or wiring?” 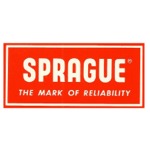